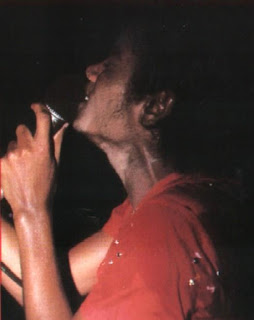 Michael Jackson showing signs of vitiligo on his face and neck.

With the 10th anniversary of Michael Jackson’s death this past June, many throughout the world celebrated the legacy of the “King of Pop.” He was a transcendent, entertainment icon whose incredible talent and eccentric lifestyle made him a regular focus of the tabloids.

Although he may have been most well known for his music, his constantly evolving skin tone garnered almost as much attention. According to Jackson, in a 1993 interview with Oprah Winfrey, his changing skin tone was attributed to a condition called vitiligo.

Vitiligo is a rare skin disorder (affecting less than 2% of the population) that causes de-pigmentation on areas of the skin. Usually developing small in size, it occurs when the cells responsible for skin pigmentation die or are unable to function properly. Vitiligo can occur at any age and typically worsens over time. Although the cause is unknown, some believe that it can be linked to genetics or stress.

In Michael Jackson’s situation, it first presented itself in the early 1980s. According to a longtime friend, he started wearing his signature sequin glove on his right hand to hide the early signs of the condition. In the years following, as the condition became more noticeable, he received a lot of criticism and ridicule. Which is unfortunately all too common for those who suffer from vitiligo, due to society’s lack of knowledge about it. This can lead to serious psychological effects, causing sufferers to take desperate measures to hide their symptoms.

Although vitiligo affects all skin tones and types, it is obviously more observable the darker the skin. Currently, there is no cure for vitiligo, but there are many different treatment options available. Contact our office today if you believe you may have vitiligo.